Fun Time Douglas and Even More Fun Time Douglas spent the weekend of November 29th, 2015 in secret studio mode crafting a covert birthday present for their Mother. When the sisters finally emerged from their seclusion of the darkroom and print studio they boisterously brunched together at Daravara.

Fun Time Douglas had recently tried the lunch-dinner menu’s clubhouse waffle-which and upon realizing the difficulty of comparing a savory chicken and waffles meal to a breakfast waffle she was enthusiastic to try the pub’s sweeter brunch fare.

The buttermilk butter was all aces in flavour, what an ingenious idea. The sister’s agreed the exterior of the waffle could’ve used that extra light crispy finesse as the waffle was a touch soft although not at all soggy. The customary side of bacon was of another calibur: thick cut, smoky, crispy, and bursting with bacon flavour. 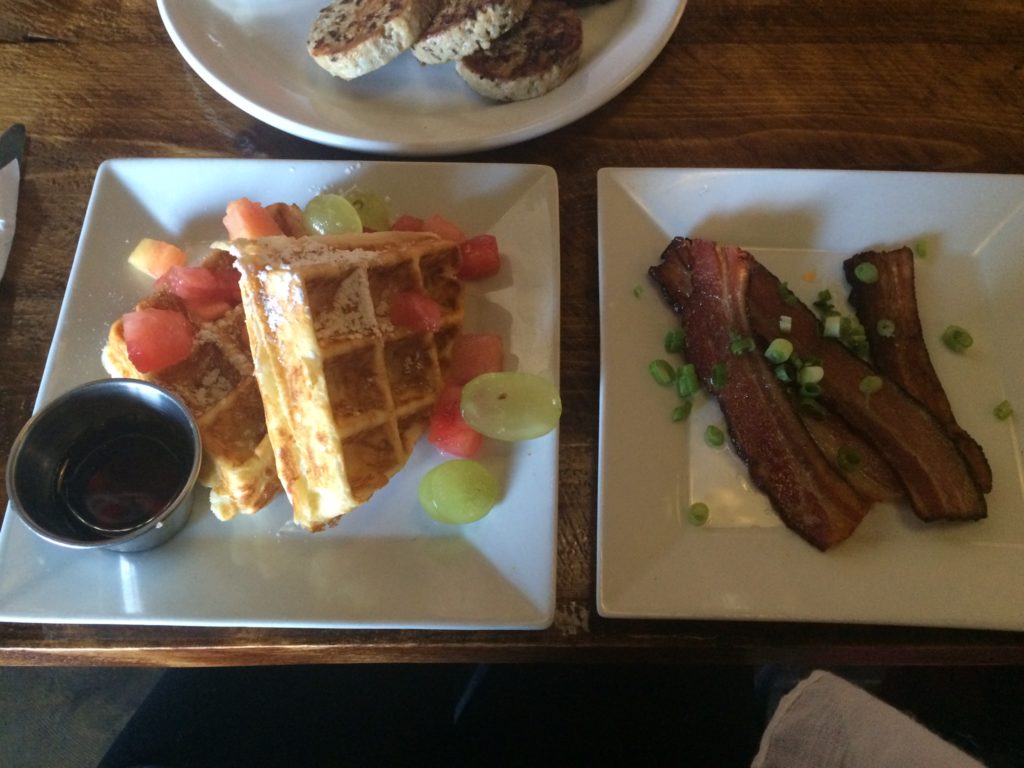 The break for sustenance was very enjoyable, Daravara has great atmosphere, the friendliest of staff, and they know how to knock out some pretty tasty waffles: sweet and savory.